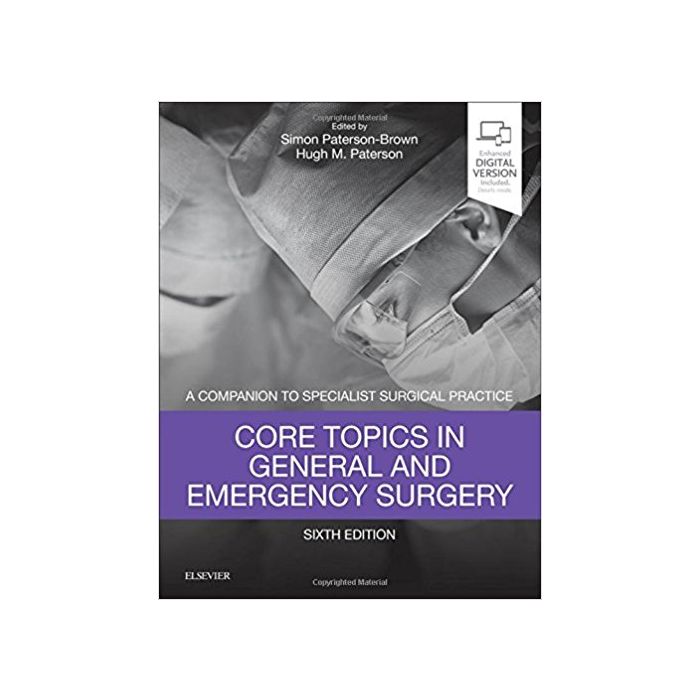 Saltar para o início da Galeria de imagens
Detalhes
Core Topics in General and Emergency Surgery meets the needs of surgeons in higher training and practising consultants for a contemporary and evidence-based account of general surgery in both elective and emergency situations. It is a practical reference source incorporating the most current information on recent developments, management issues and operative procedures. The text is thoroughly referenced and supported by evidence-based recommendations wherever possible, distinguishing between strong evidence to support a conclusion, and evidence suggesting that a recommendation can be reached on the balance of probabilities. For this Sixth Edition the authorship team across the series has been expanded to include additional European and World experts, with an increased emphasis on global practice. Throughout all six volumes the contents have been extensively revised in line with recently published evidence. Detailed supportive key references are provided and are also included within the comprehensive list of references in the accompanying ebook. Links to recommended online videos have been added where appropriate. Key Features The Companion to Specialist Surgical Practice series provides a current and concise summary of the key topics within the major sub-specialties of general surgery. Each volume highlights evidence-based practice both in the text and within the extensive list of references at the end of every chapter. New to this Edition The extensive revisions to this edition of Core Topics in General and Emergency Surgery are intended to maximize its appeal to all those in general surgical practice. There are several entirely new chapters on subjects previously covered in other volumes of the series, while the remaining chapters have been revised, updated or re-written by new authors where appropriate. The new chapters include those on the Evaluation of surgical literature; Enhanced recovery; Organ donation and general surgery in transplant patients; and Principles of neck surgery for the general surgeon. For the first time this volume includes a chapter on Patient safety and human factors in surgery, which distills the core knowledge that is fundamental to achieving good outcomes (and avoiding bad ones) in practice for all grades of surgeon. Author Information Edited by Simon Paterson-Brown, MBBS MPhil MS FRCS(Ed) FRCS(Engl) FCS(HK) FFST (RCSEd), Honorary Clinical Senior Lecturer, Clinical Surgery, The University of Edinburgh; Consultant General and Upper Gastrointestinal Surgeon, Royal Infirmary of Edinburgh, Edinburgh, UK and Hugh M. Paterson, BMedSci MBChB MD FRCS(Ed), Clinical Senior Lecturer Coloproctology, University of Edinburgh; Honorary Consultant Colorectal Surgeon,Western General Hospital, Edinburgh, UK
Mais informação
Copyright © 2020 MAP Books. Todos os direitos reservados.