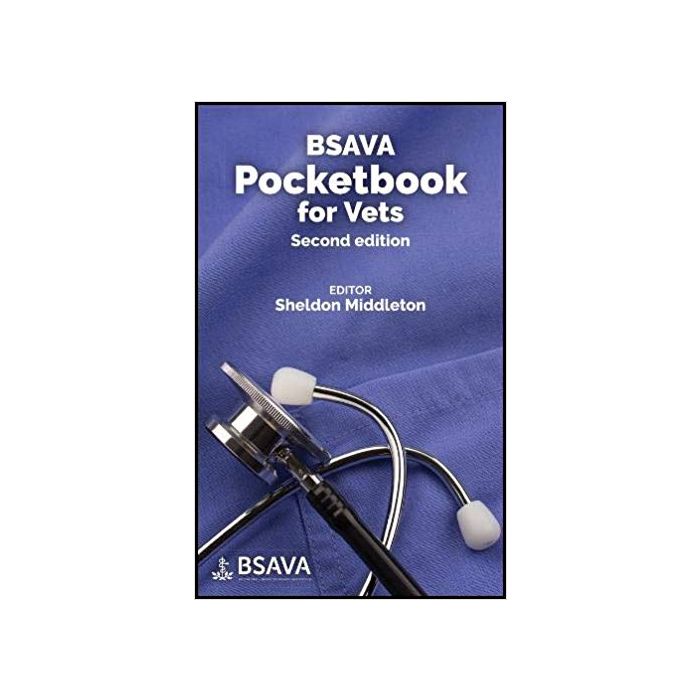 This popular pocketbook has been fully updated with additional quick reference emergency information.  It provides the new (and possibly the not so new) veterinary graduate with a handy guide to the important drugs, tests and procedures most commonly encountered in small animal practice. It pulls together information from the BSAVA Small Animal Formulary, BSAVA manuals and other sources, and is intended to be a ‘quick glance’ reference that can be carried in a scrub top pocket for ease of use when consulting or during ward rounds. Notes pages are provided throughout.

Sheldon Middleton, MA, VetMB. MRCVS, graduated from the University of Cambridge in 2007. He stayed in the area as a new graduate, taking a job in a mixed practice in Bedford. He became Senior Vet there in 2011 and a Partner in 2013. He gained a GPCert(Ophthal) whilst in practice.

Sheldon’s BSAVA career started immediately after graduation when he joined the East Anglia Regional Committee. He then took on the roles of Treasurer, Secretary and Chair of the region in succession and afterwards became a Regional Representative. This led him to be a committee member of the Membership Development Committee and he subsequently became Chair. Sheldon became Honorary Treasurer of the Association in 2016.