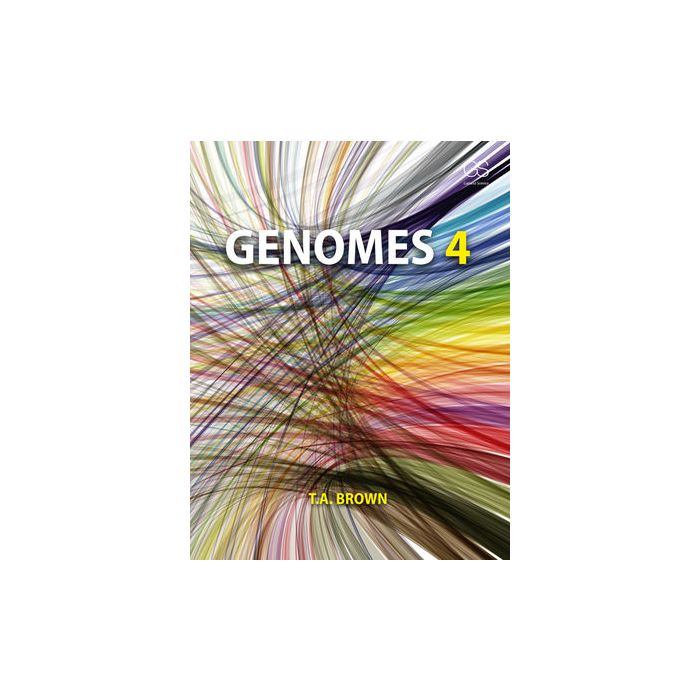 Genomes 4 has been completely revised and updated. It is a thoroughly modern textbook about genomes and how they are investigated. As with Genomes 3, techniques come first, then genome anatomies, followed by genome function, and finally genome evolution.  The genomes of all types of organism are covered: viruses, bacteria, fungi, plants, and animals including humans and other hominids.

Genome sequencing and assembly methods have been thoroughly revised including a survey of four genome projects: human, Neanderthal, giant panda, and barley. Coverage of genome annotation emphasizes genome-wide RNA mapping, with CRISPR-Cas 9 and GWAS methods of determining gene function covered. The knowledge gained from these techniques forms the basis of the three chapters that describe the three main types of genomes: eukaryotic, prokaryotic (including eukaryotic organelles), and viral (including mobile genetic elements). Coverage of genome expression and replication is truly genomic, concentrating on the genome-wide implications of DNA packaging, epigenome modifications, DNA-binding proteins, non-coding RNAs, regulatory genome sequences, and protein-protein interactions. Also included are applications of transcriptome analysis, metabolomics, and systems biology. The final chapter is on genome evolution, focusing on the evolution of the epigenome, using genomics to study human evolution, and using population genomics to advance plant breeding. Established methods of molecular biology are included if they are still relevant today and there is always an explanation as to why the method is still important.

Each chapter has a set of short-answer questions, in-depth problems, and annotated further reading. There is also an extensive glossary. Genomes 4 is the ideal text for upper level courses focused on genomes and genomics.